The post apocalyptic world is populated with survivors who were once civilians living their own lives. But once their normal world was turned upside down, the survivors have to look after themselves in many cases. Survival means scrounging whatever equipment may be available and learning to live in the ruins.

Max was always a loner, even before the downfall of civilization. Now he wanders the ruins alone, his great coat helping to protect him from the elements. He carries a semiautomatic pistol and a hunting rifle slung on his back to protect himself from other threats. 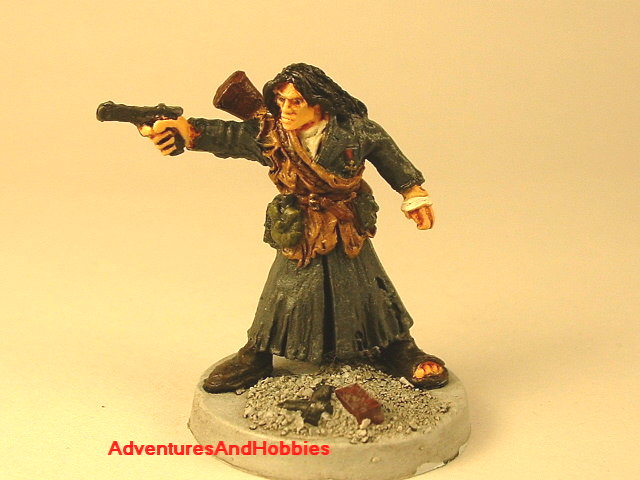 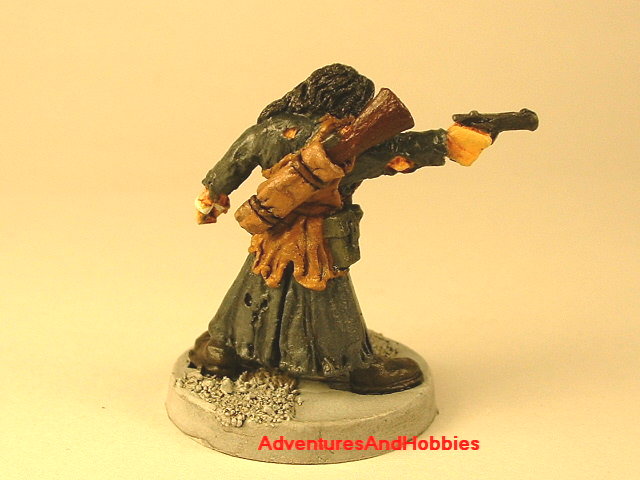 “Big Hurley” was a standing member of a tough motorcycle clan in the old days. He still considers himself a member of the family, even if the family headcount has dropped dramatically in recent months. He has supplemented his pistol with a submachinegun liberated from a punk gang. He also carries a computer terminal. 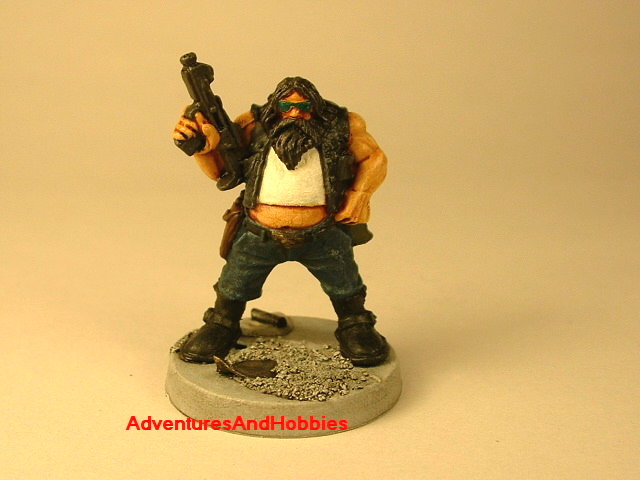 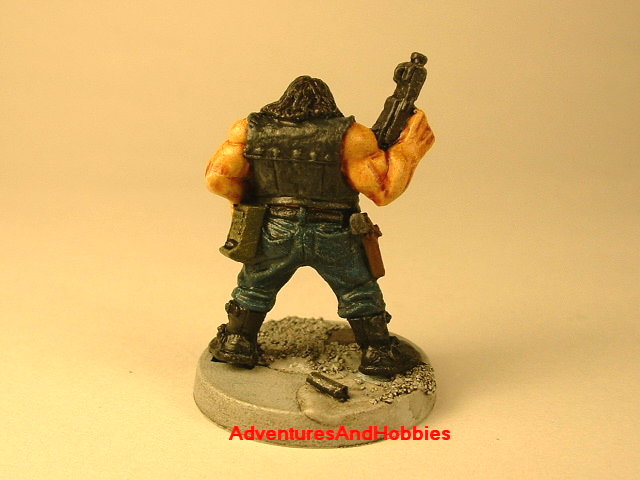 “Sledge” is another member of Hurley’s extended “family”. Never one to run from a fight before, Sledge has managed to pick up a military-issue automatic rifle, a frag grenade or two. Still, he prefers his old trusty hunting knife for close up work. 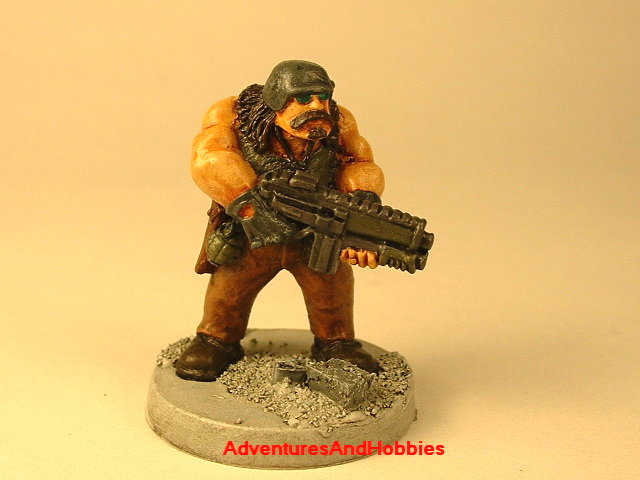 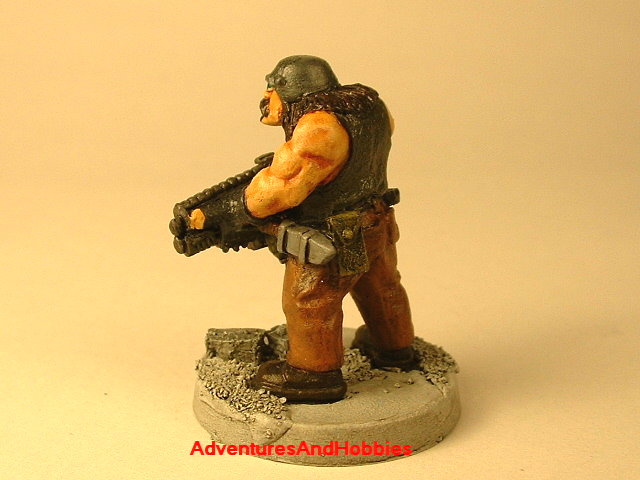 Walt had been a promising cyberhacker in the old days. Although he still lugs around his portable computer terminal, he has quickly come to rely on more violent tools such as an automatic rifle and pistol. The blue plastic tarp on his belt provides him with portable housing, rain collection, and more new needs found after the downfall. 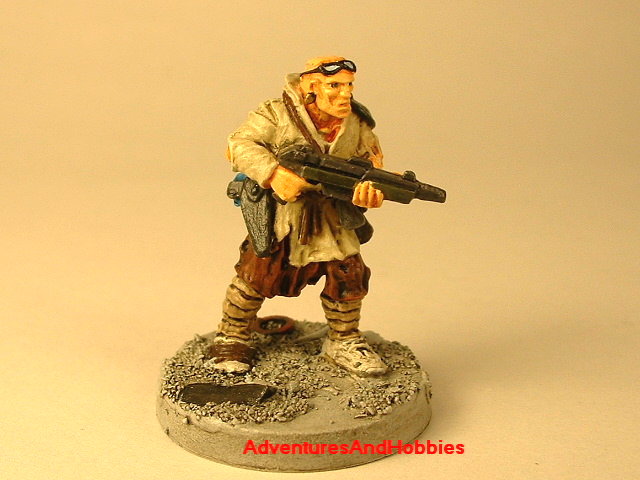 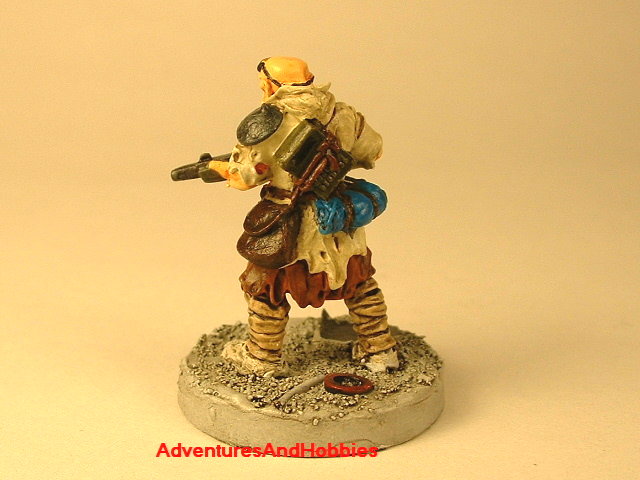