Your adventurers will encounter all sorts of folk on the roads of the realm. Among them may be wandering knights. Some of these warriors may be in search of personal glory, some in pursuit of protecting the righteous. Others may be fighters who have been on the losing side of battles and looking to replace lost their patron. A few even may have lost their way and now simply seek treasure for themselves.

This pair of armored foot knights wear chainmail armor under their tunics. Plate mail on arms and legs add to their protection. Both carry footmen’s shields.

Our first fellow wields a longsword as his weapon of choice. 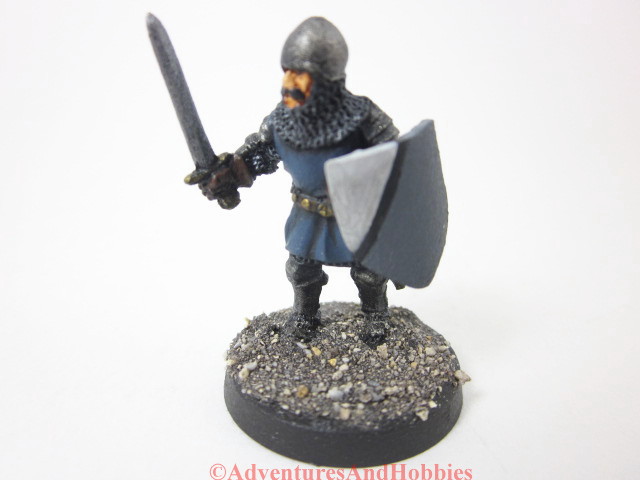 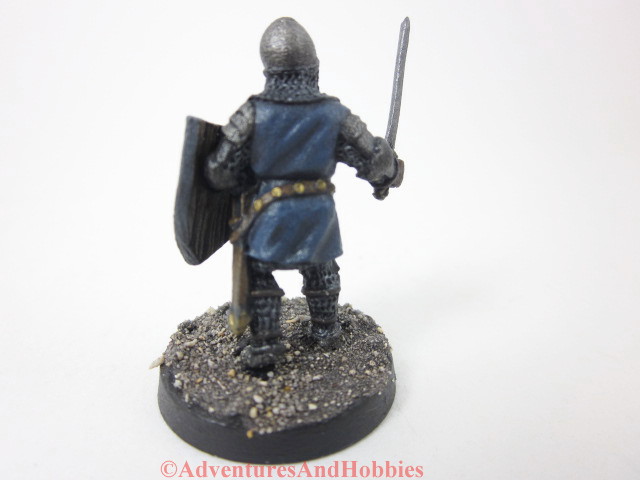 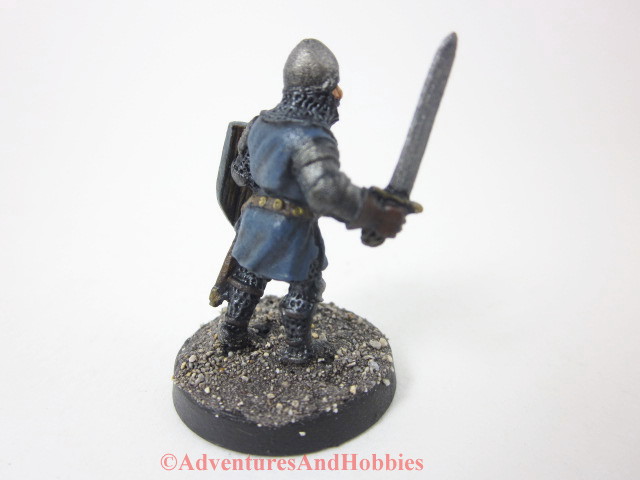 The second warrior prefers a sturdy mace, although he also carries a longsword in the scabbard on his belt. 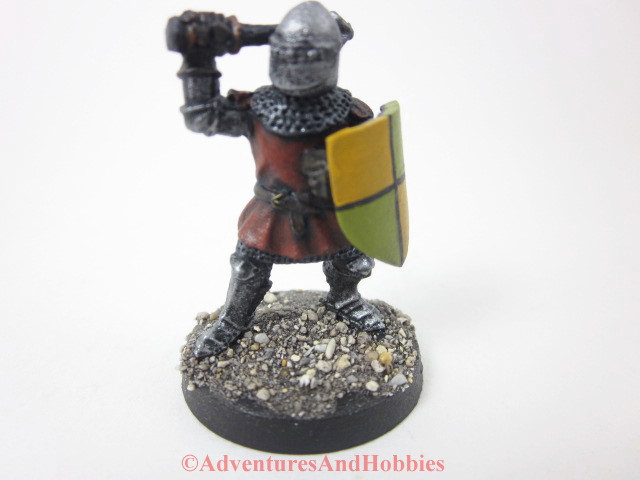 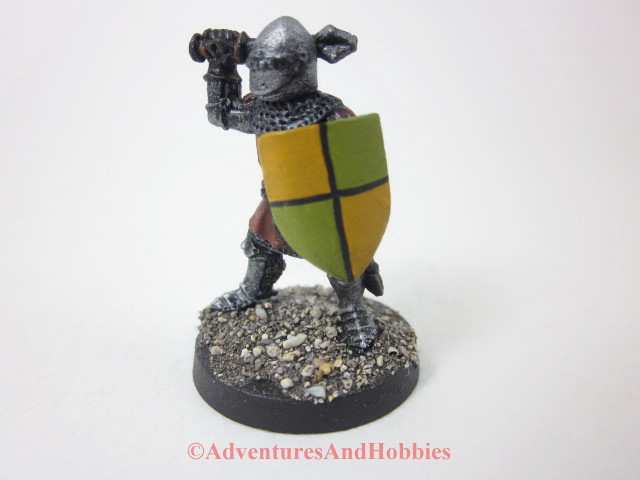 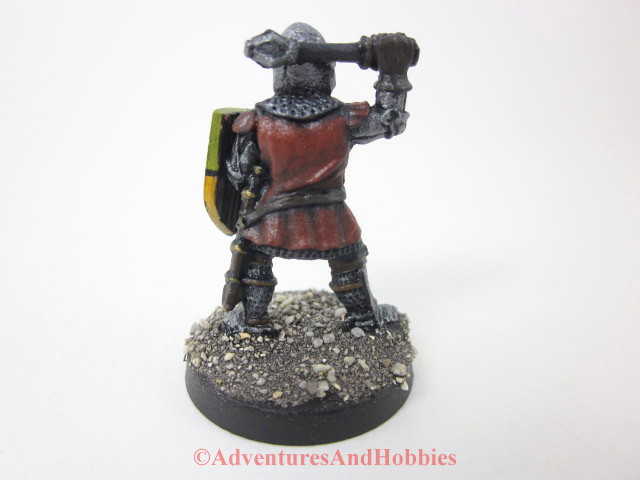 Visit my store to see more of my painted game figures.

This wizard is prepared to be off adventuring down the open road. He has donned a heavy traveling cloak along with a peaked hat to protect him from inclement weather. 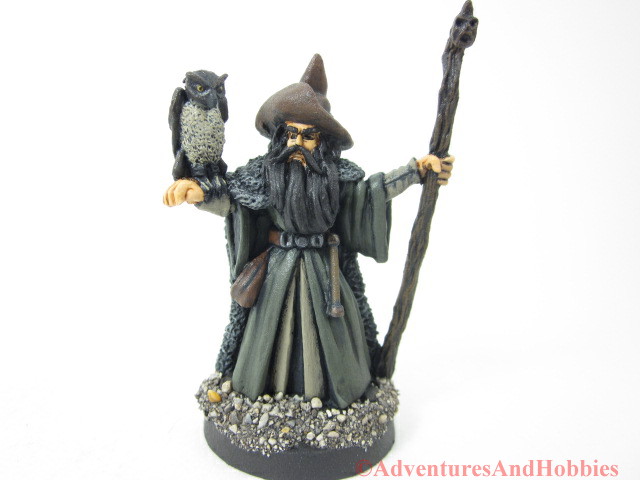 In his left hand he carries a stout enchanted wooden staff which serves as a focus for his arcane powers. 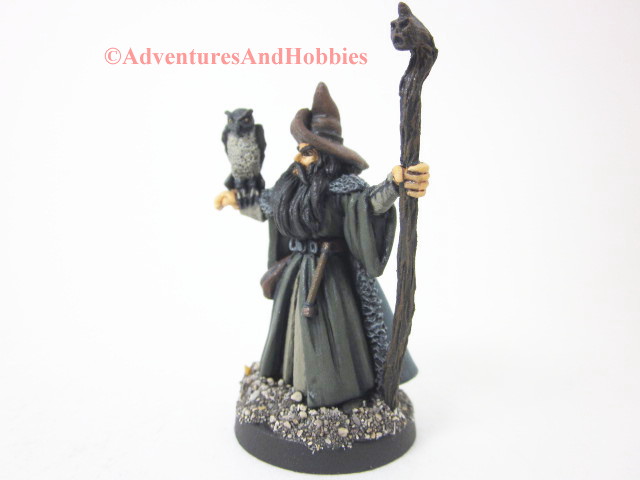 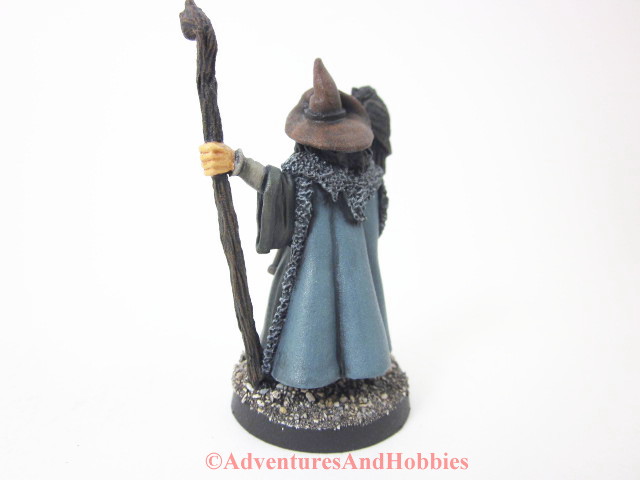 A leather pouch containing various spell components and personal items hangs from his belt. In addition, a metal-tipped wooden wand dangles from the belt within easy reach should he need to cast a spell quickly. 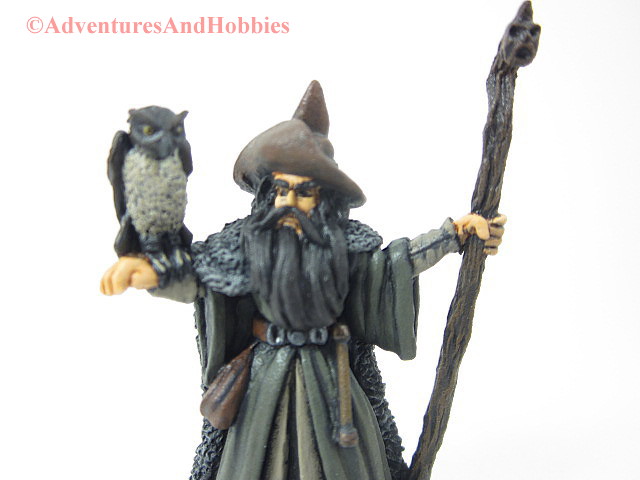 Perched on his right wrist is his faithful traveling companion, an owl familiar. 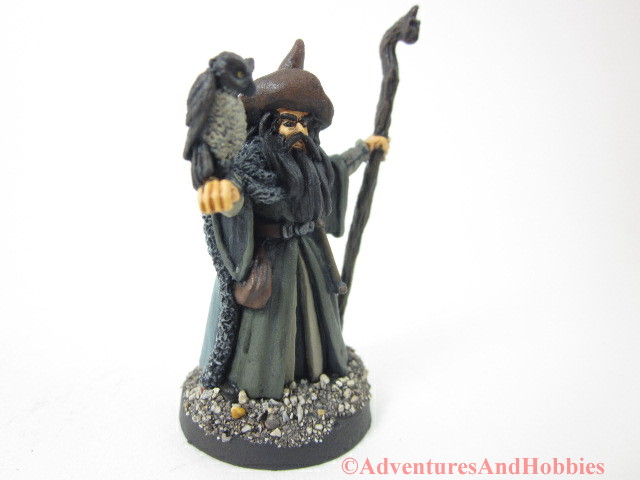 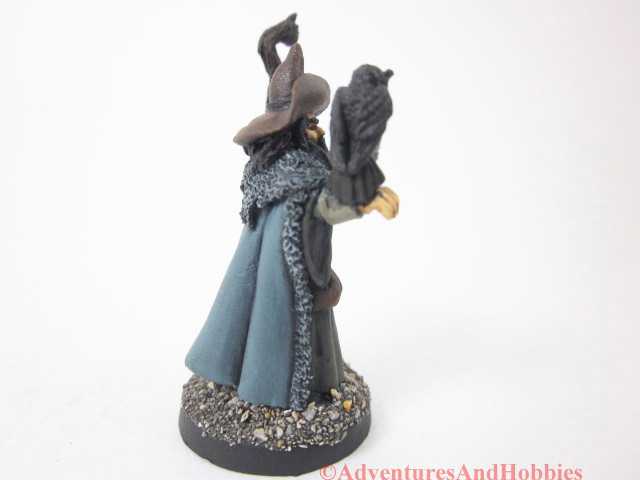 This 28mm scale game miniature could represent a wandering mage encountered by the player characters in many fantasy role-playing games. 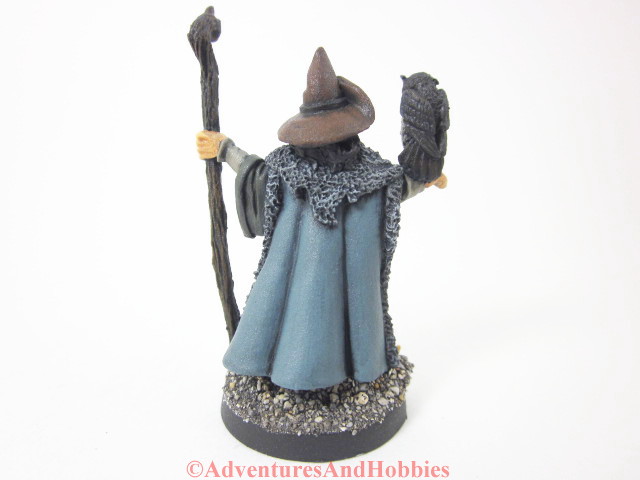 Deep in a dark dungeon, a party of adventurers pauses to survey the dim corridor stretching in front of them. Even in the flickering glow of their torches, the way appears clear and inviting. Cautiously they move forward in search of treasure. A soundless vibration moves through the passage, a too brief warning… Suddenly, the surface of the corridor cracks apart, flat floor stones shifting and rising. A large creature bursts from beneath the floor of the corridor, scattering stone and dirt in all directions! Rearing above the adventurers’ heads, the giant cavern worm senses its prey. Its large mouth opens to reveal rows of sharp fangs that can impale its prey and draw the unfortunate victim into the creature’s stomach. 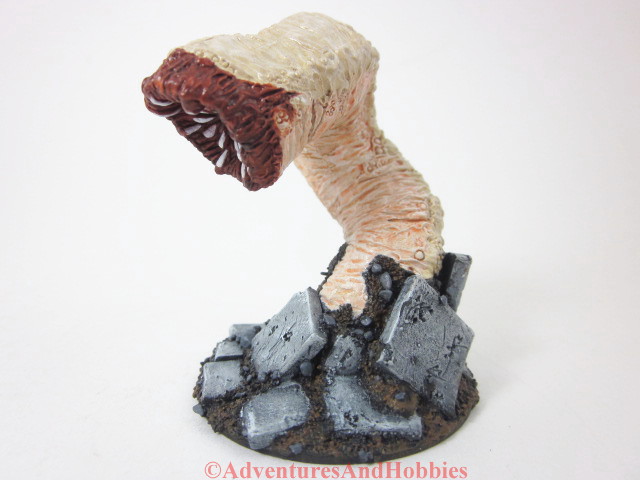 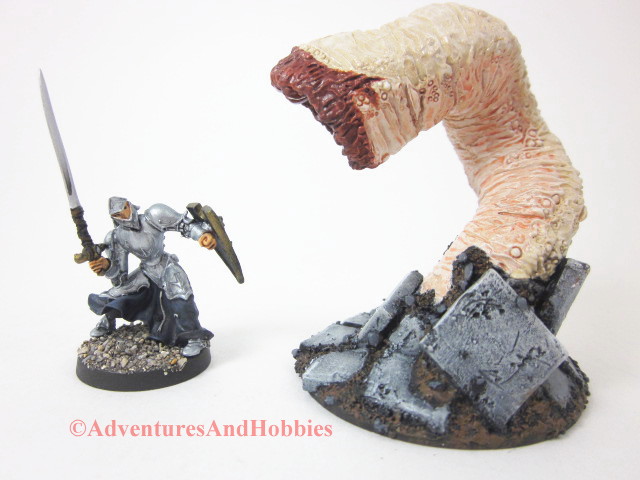 I chose to paint the monster in grub-like colors. Not unlike some of the small grubs that inhabit our lawns, feeding on the tender roots of grass. 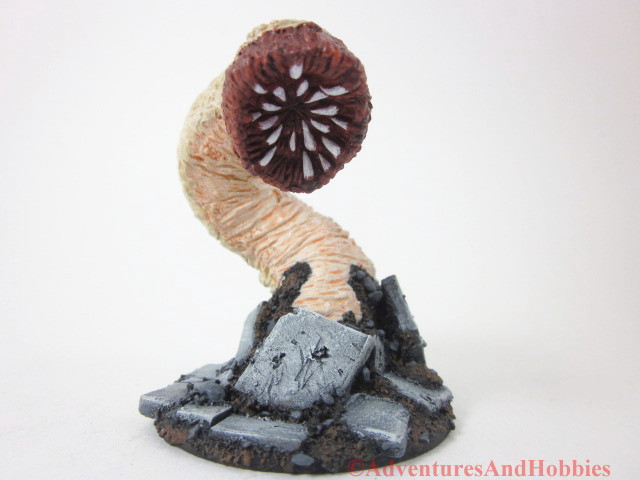 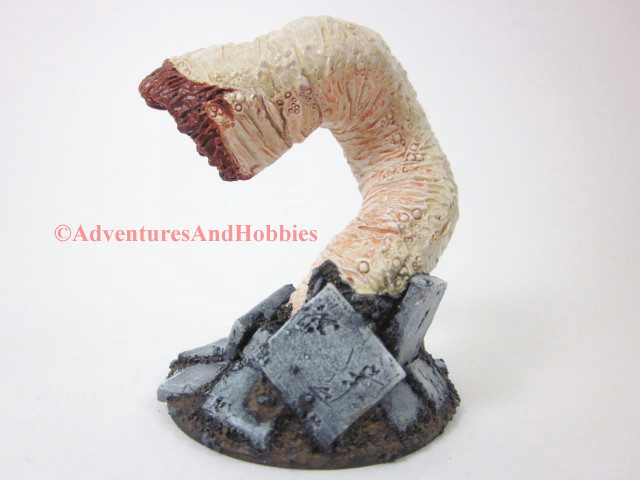 To give the impression of the creature rising from a dungeon corridor, I crafted a base with flat floor stones being pushed up and falling away at all angles. I also added soil and rocks sliding down the worm’s sides as it rises above the floor. 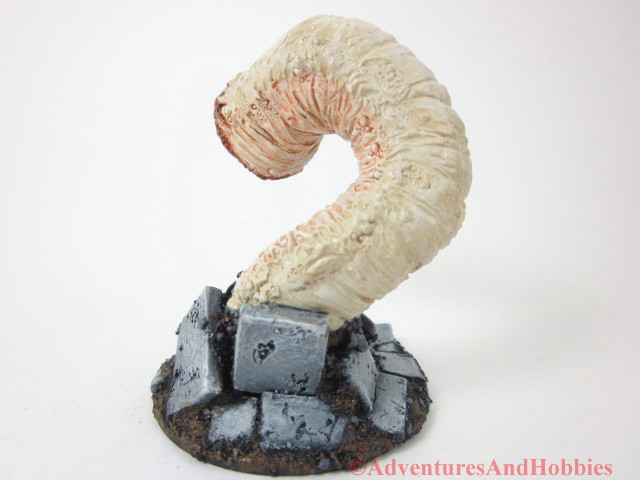 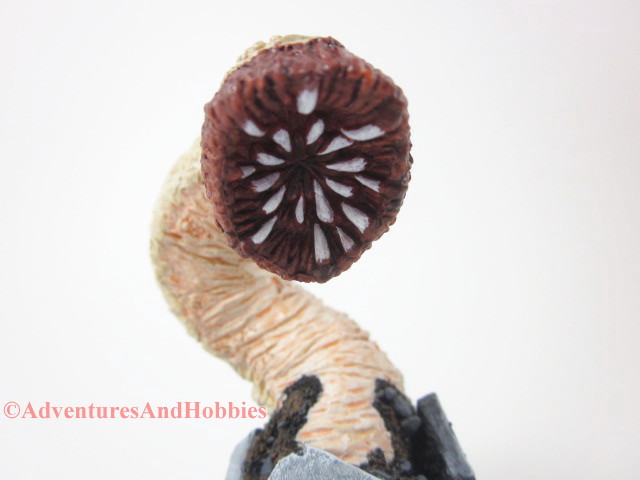 This miniature provides a great large monster to confront the player characters and NPCs in a fantasy role-playing encounter. It could also be used in a horror or science fiction scenario. The figure stands 2-3/4 inches (70 mm) so it towers over the average 25-28 mm scale miniatures. The base measures 2 inches (50 mm) across.