Last time we got to meet some of the run of the mill street thugs that could turn up in your 1920-1930s miniatures games. Today we will move up a few steps in the criminal hierarchy. Here are members of a small underworld gang who have tackled some more organized criminal activities. 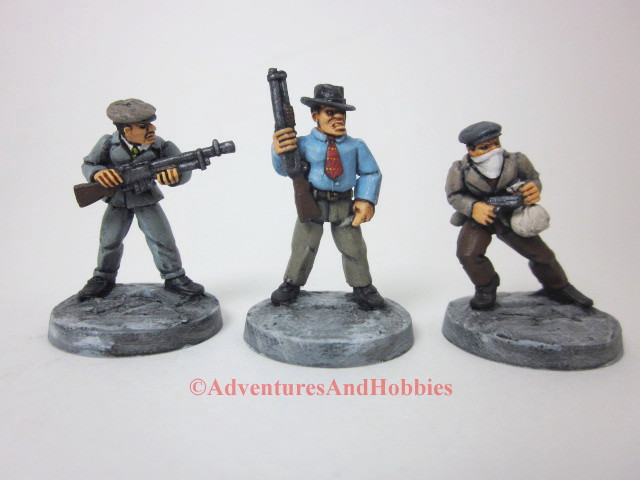 The gang leader is the brains of the outfit. He is the one who thinks things through and plans the gang’s activities. Of course, he is willing to resort to a more hands-on approach when needed as indicated by his choice of a pump shotgun. 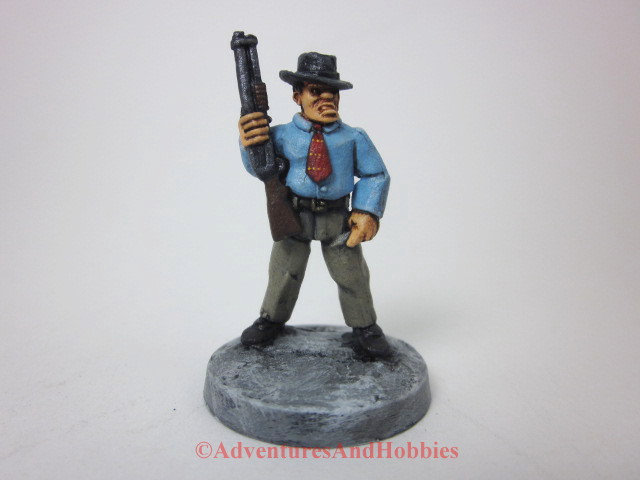 Bank robberies bring a good amount of cash flow to the gang’s coffers. Here is a member fully decked out in his work clothes for making surprise bank withdrawals, including the face mask and small semiautomatic pistol. 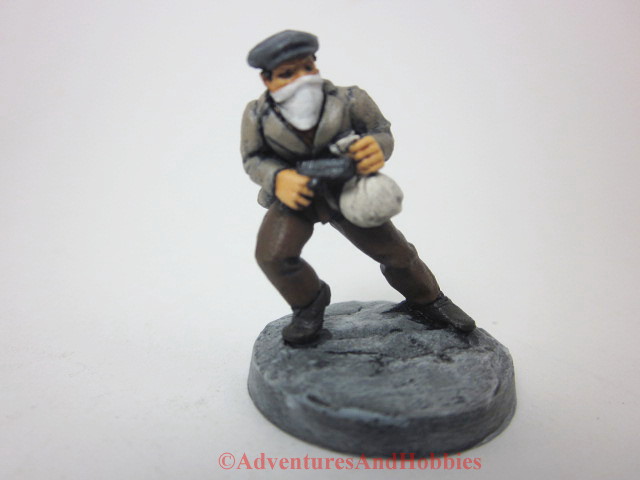 Some situations may require a heavier punch. That is when the gang brings out the BAR Browning Automatic Rifle! This comes in handy for convincing a truck driver that it is time for his cargo to be transferred to new ownership, or to inflict heavy damage on a competitor’s brewery operations! 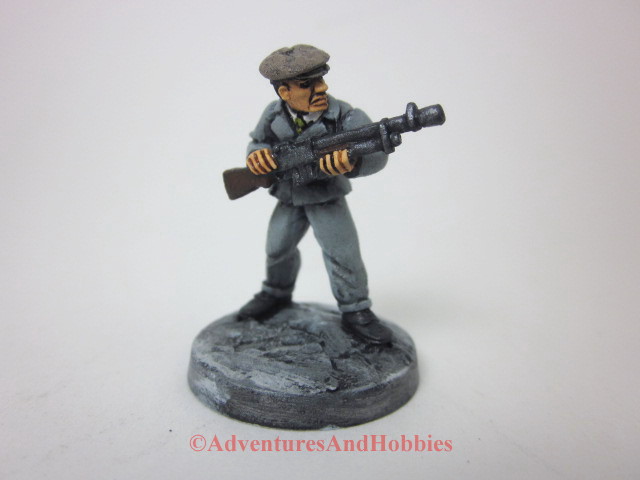 These 25-28mm scale figures perform well in any pulp gangland styled miniatures game. They can also be useful as characters involved in red-herring subplots of Call of Cthulhuâ ¢ role-playing adventures.

In my last post, I introduced the Boys in Blue municipal policemen from the 1920-30s. Since the long arm of the law needs some opponents to make life in the city interesting, let’s start with a few common street thugs. These guys are always watching out for unwelcome competitors wandering into their territory. 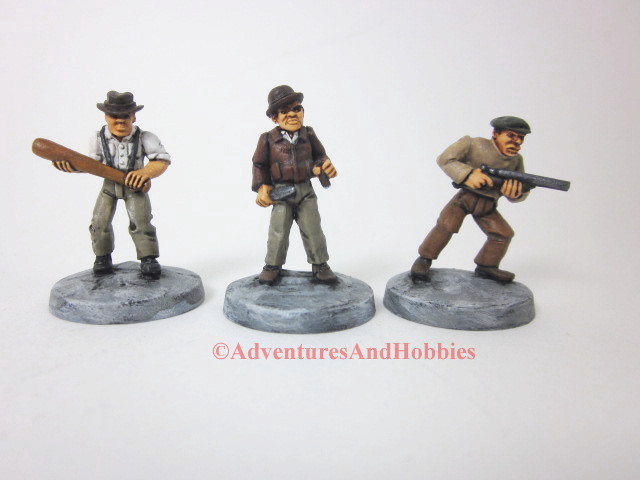 Baseball is America’s favorite pastime. Everyone loves the game. Of course, some of the rougher boys on the street recognize the multi-purpose uses for the bat. Makes a great tool for cracking some heads! 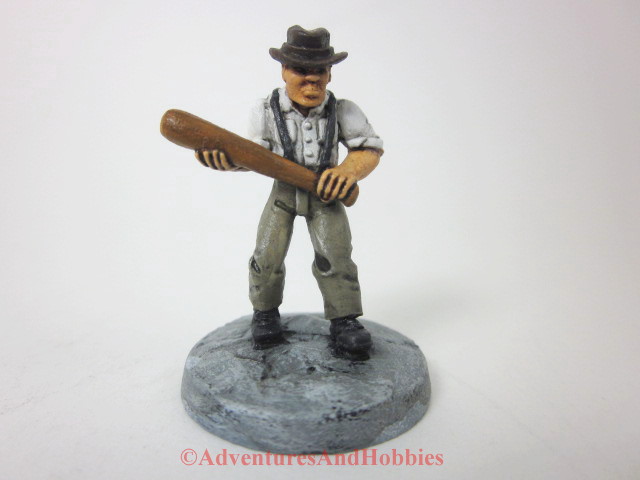 Naturally, the simple, but classic small blade is always popular with the tough guys. Readily stashed to avoid unwanted attention, but easy to put into use. 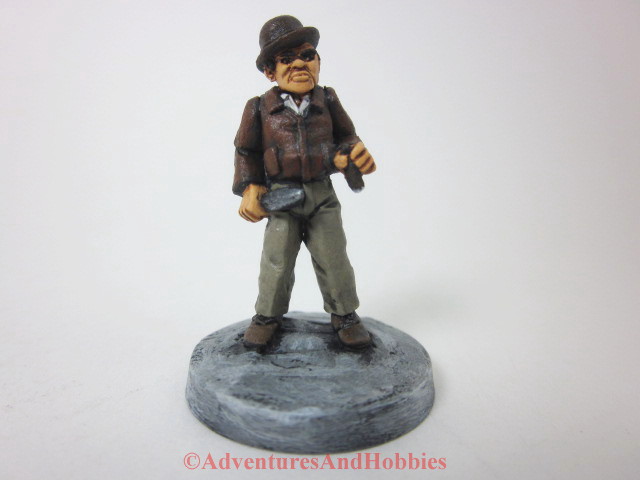 And some times, you just have to bring out some specialized equipment, like this double barrel shotgun! 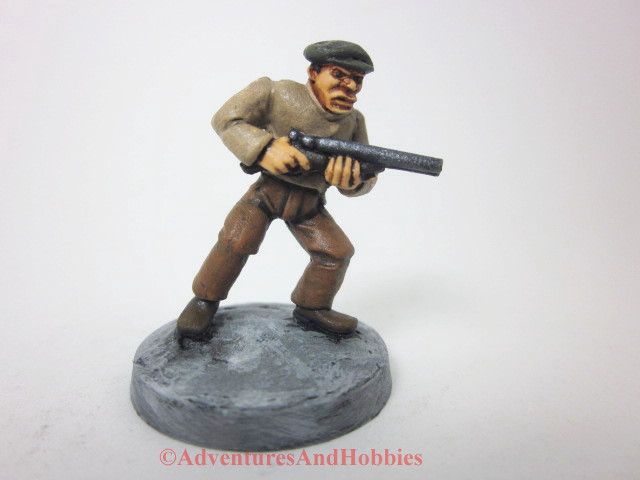 As with the previous coppers, these figures are designed for 25-30mm scale miniatures games. They can easily look good standing around the street corners of early 20th Century towns and cities in Pulp and Call of Cthulhuâ ¢ games.

Next time we will look at some of the higher level bad guys.

Meet the Boys in Blue! These municipal policemen stand between the city’s regular citizens and the forces of evil. Whether it be the run of the mill local thieves, organized crime, and other social malcontents, or the crazed minions of Cthulhu-worshiping cults, the cops stand ready to serve and protect. 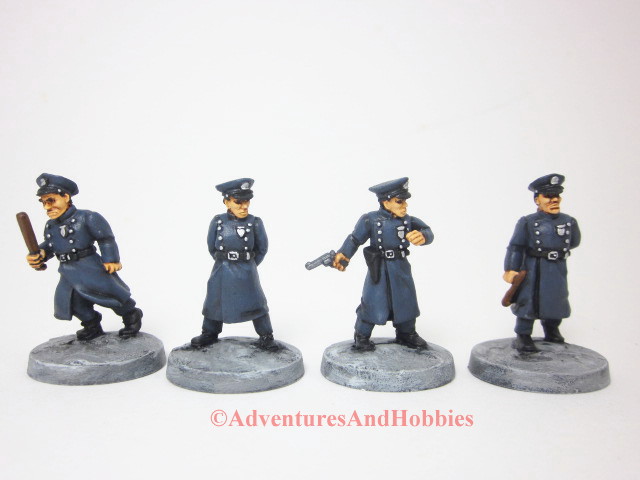 These officers of the law wear the longcoats and peaked hats found in many police departments in the 1920s and 1930s America. 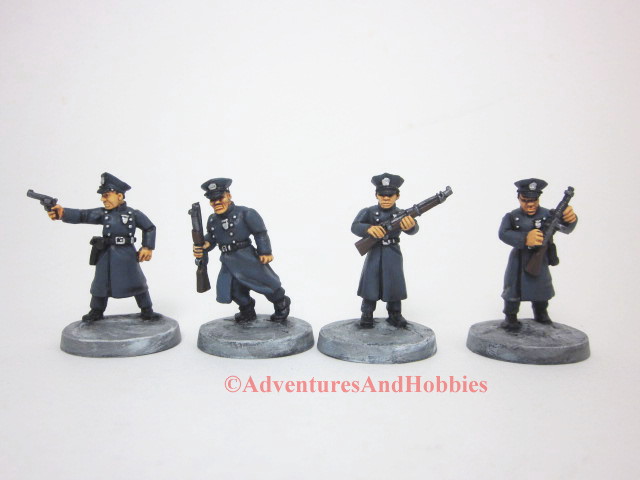 They carry a variety of weapons. The traditional billy club and service revolver are common accessories used on the daily beat. But when the situation calls for it, the police can draw more powerful weapons from their armory, including shotguns, rifles and even fully automatic Thompson submachine guns!

Here are some close-up shots of individual officers. 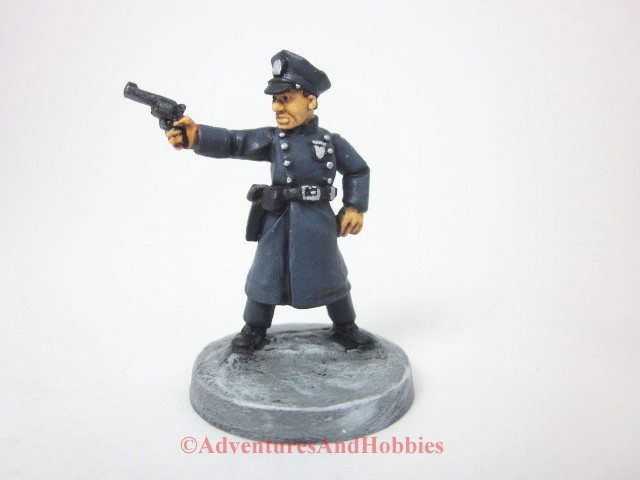 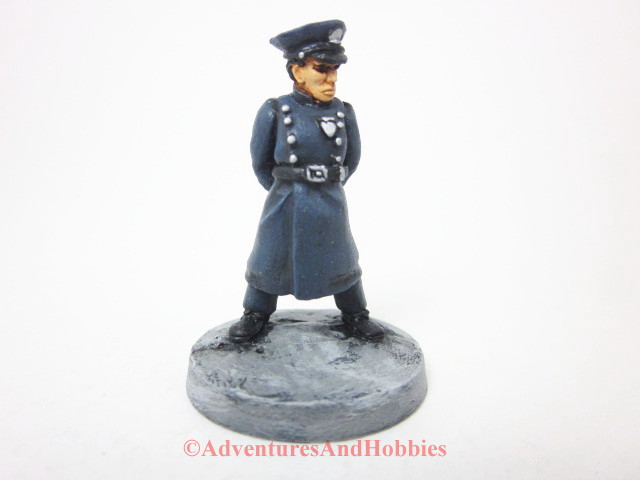 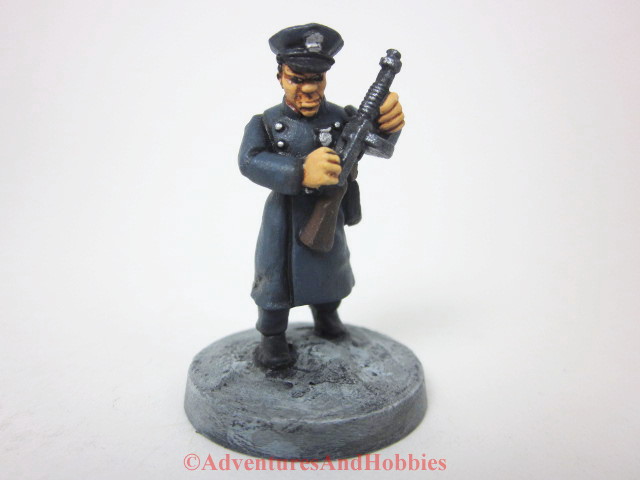 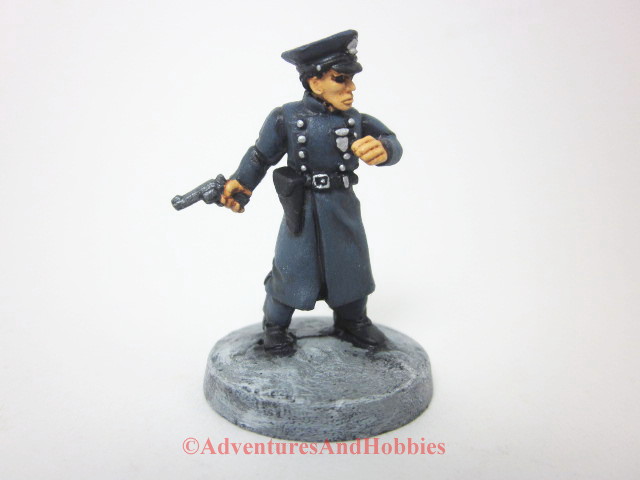 These 25mm scale miniature figures would be right at home in many role-playing games and table top miniature games. From the historically realistic crime capers to the supernatural dangers found in Call of Cthulhuâ ¢.

Watch for future blog entries that will highlight some of the forces aligned against the Boys in Blue!