This miniature creature is based on the German film “Die Farbe” which tells the H. P. Lovecraft horror story of “The Colour Out Of Space“. 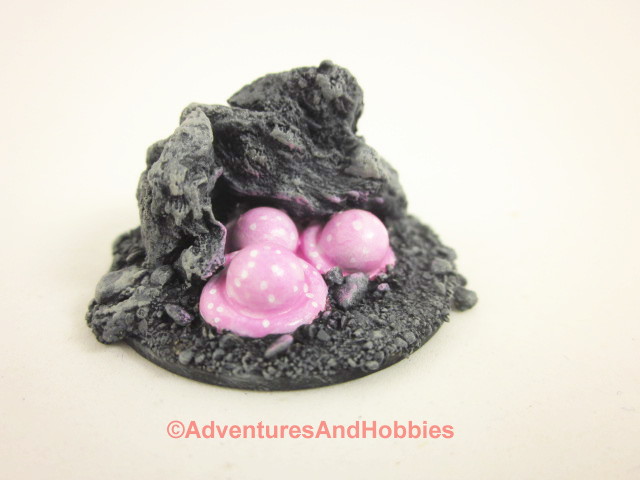 Brought to Earth in a meteorite, this microscopic extraterrestrial life form slowly penetrates into the surrounding soil. In time, it begins to infect the local flora and fauna, causing all sorts of physical changes. The invader also causes severe mental aberrations in Terran life forms from the lowest insect level to humans. 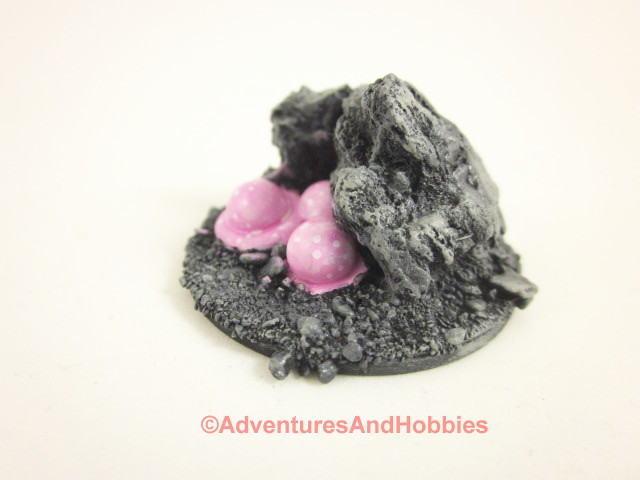 Tiny bits of the life form (perhaps individual cells of a greater whole) slowly rise out of the earth, joining together to form the greater creature. The creature casts a unearthly color radiation that is not found within the normal human spectrum. (The movie directors chose to use a pinkish glow to represent the “colour”.) The eventual effects lead to victims crumbling into grey dust. 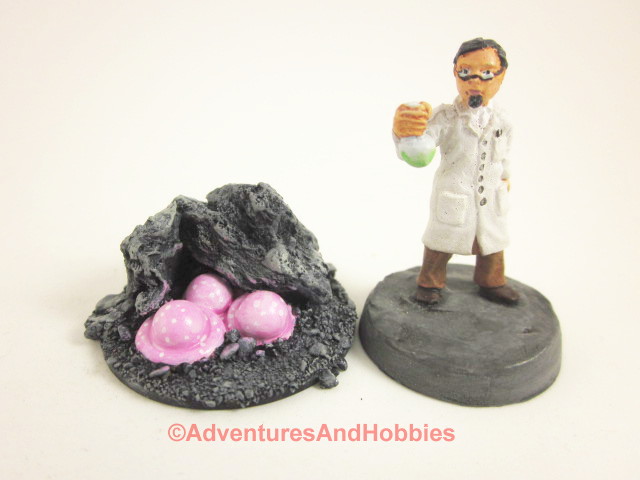 This handmade miniature attempts to show the alien life form as it begins to join together and rises out of the soil. The 25mm scale game miniature gives you a sense of scale. The base of the monster measures 1 inch (25 mm) in diameter. 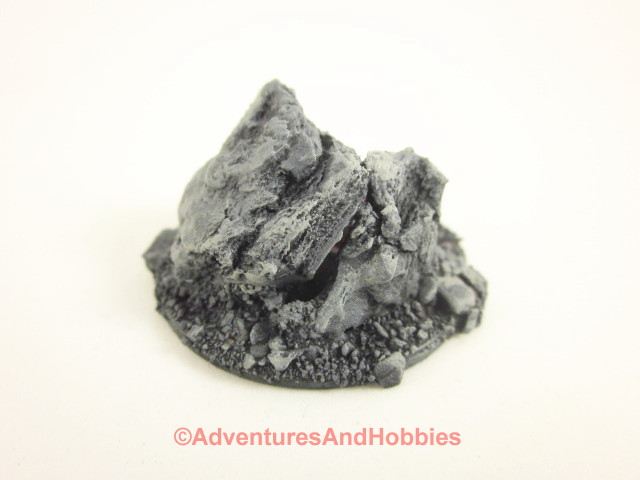 This Lovecraftian horror can provide a true terror to confront your player characters in a Call of Cthulhuâ ¢ adventure. It can be used likewise in fantasy and science fiction scenarios as well.