Let’s start with a figure that is one of my favorites.  This miniature is a look-alike for Doc Savage, the iconoclastic hero from the golden age of pulps. 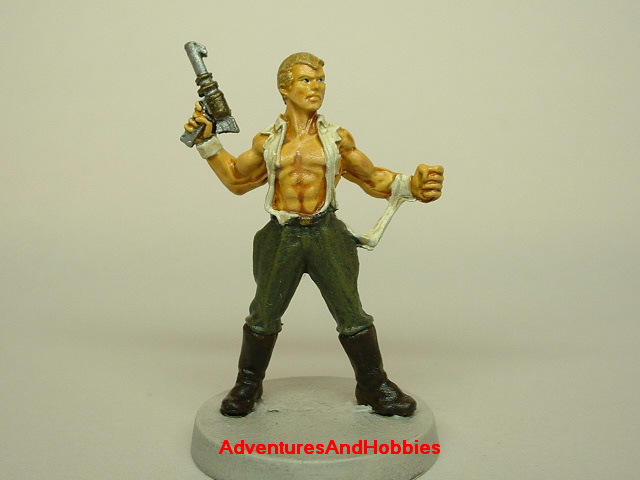 Doc Savage relied more on his advance intellect than on his brawn.  But as seen on the majority of the cover art on his published novels, the hero possessed a highly developed physical body as well as a superior mind. 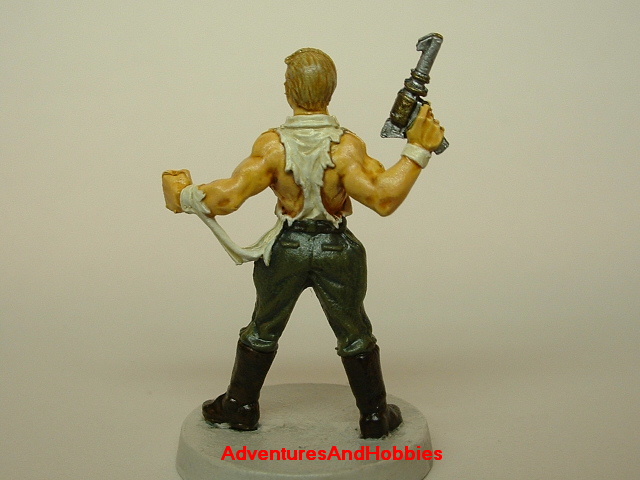 Here Doc Savage is shown in one of his most well-know poses, fresh from a battle against an evil adversary.  Although his shirt is shredded, his own strength and determination just radiates from him.  The addition of the ray gun adds a nice pulp touch.