Just another day at the office.  Then the zombie infection first appeared in the company’s headquarters in the customer service department. Unfortunately it took a couple of days for anyone to notice!

Then it started to spread throughout the office building (as well as the city). It was pretty rough going for a while, but some of the uninfected local national guardsmen got organized and distributed small arms to any survivors who could make it to the city armory.

Now you’ve traded your briefcase for a military assault rifle. Corporate boardroom politics and infighting has been replaced with  brutal combat against a growing zombie horde! These company workers are trying to make their way through a world tuned upside down.

Richard was Vice President of Accounting. Before the zombie outbreak, he was mostly concerned with maintaining his little corporate fiefdom, counting the beans, protecting his turf. Now he’s worried about protecting his real life. In addition to the assault rifle, he has managed to acquire a hand ax (carried on his belt) and a satchel for carrying some survival gear. 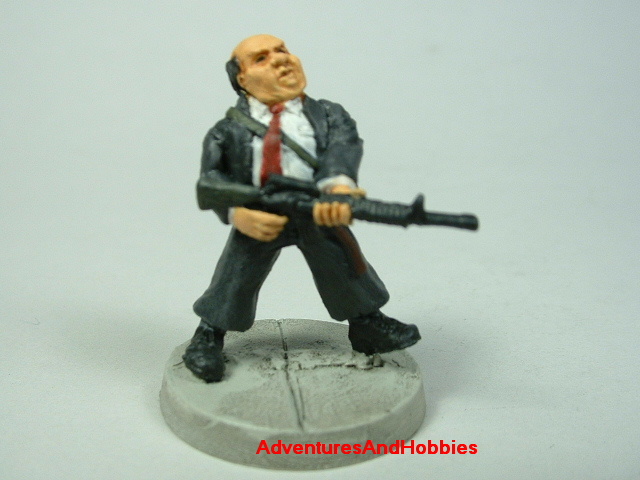 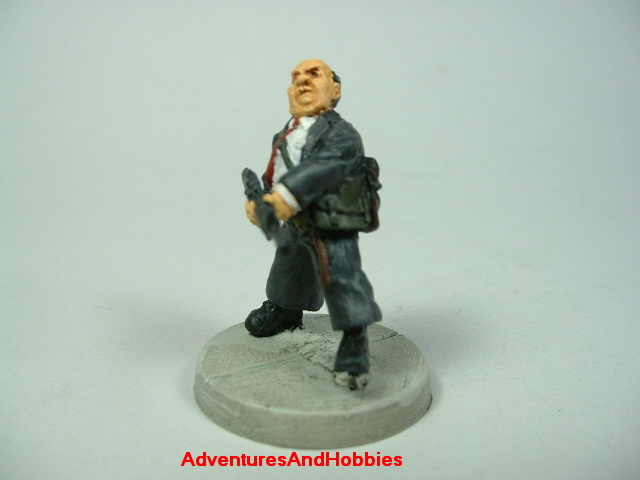 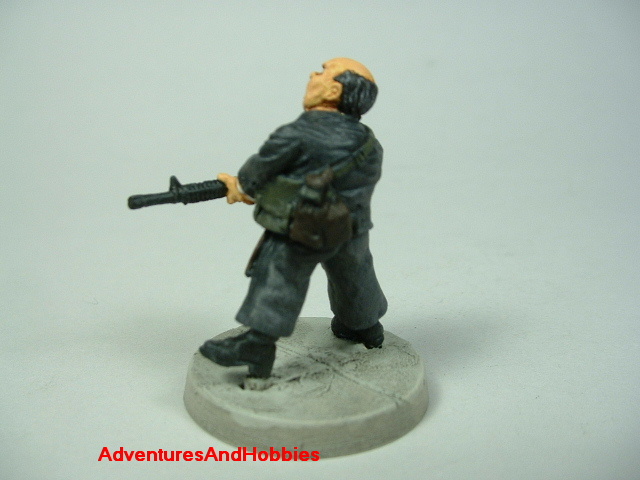 Brad was an up and coming project manager in Computer Security until the zombies made his worry about a whole different “virus” attack. His gear includes a rifle, a machete, military flashlight, and sports backpack. 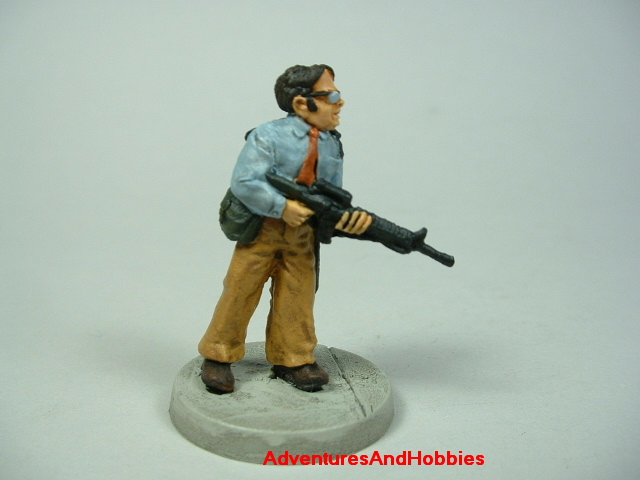 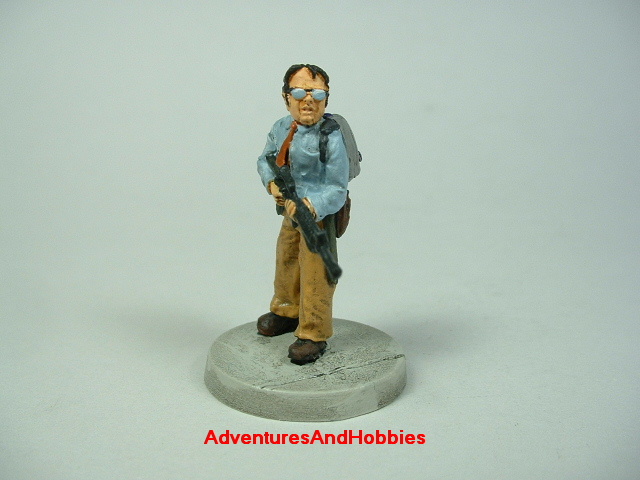 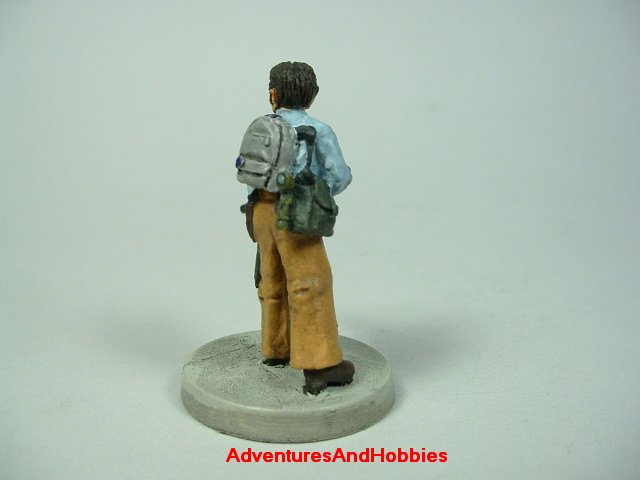 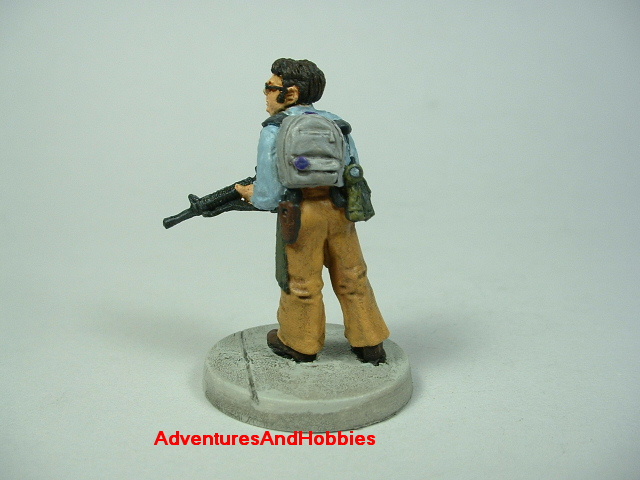 Gloria loved the challenges of her Corporate Legal job, struggling to survive in a “good old boys” environment. That seems pretty inconsequential as she now turns to fighting for survival in a much realer sense. Still, she has been successful in transferring some skills such as always being aware of what is happening around you, identify the most critical threats, and eliminating said threats decisively in the new world order. 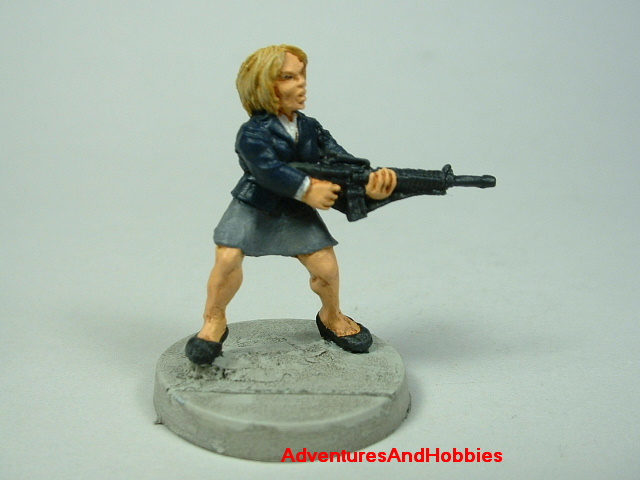 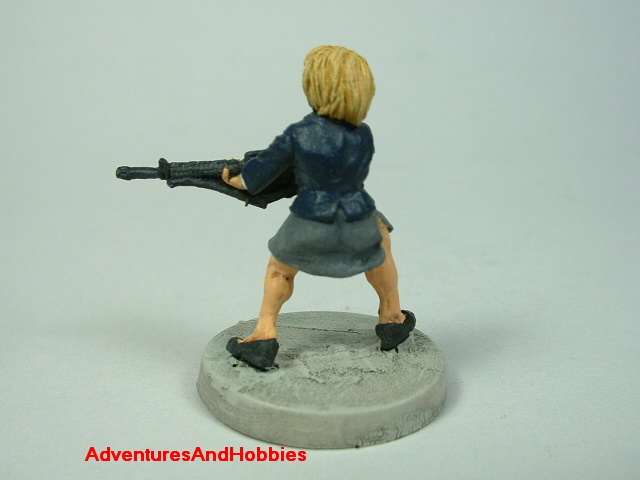 Brad had a solid track record in Marketing and Sales. Released from his high pressure company responsibilities, he can turn his attention to dealing with the walking dead. He only wish he could have dealt with some of his overly demanding customer accounts in such a direct manner. He has converted his briefcase into a shoulder satchel for holding supplies and spare clothes and carries a canteen and entrenching shovel. But he most appreciates the usefulness of his assault rifle and the pistol holstered at his belt. 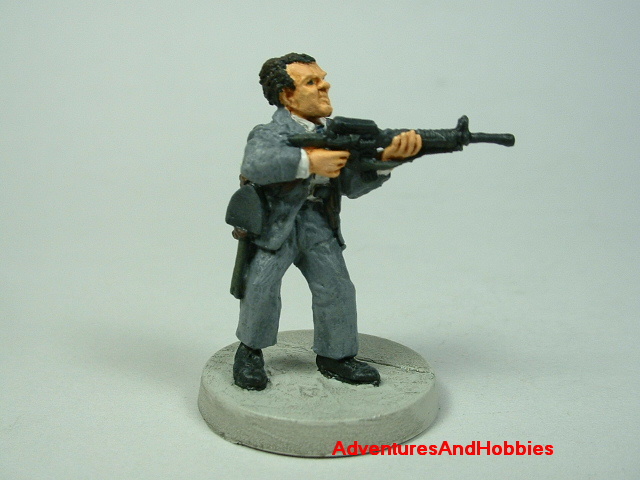 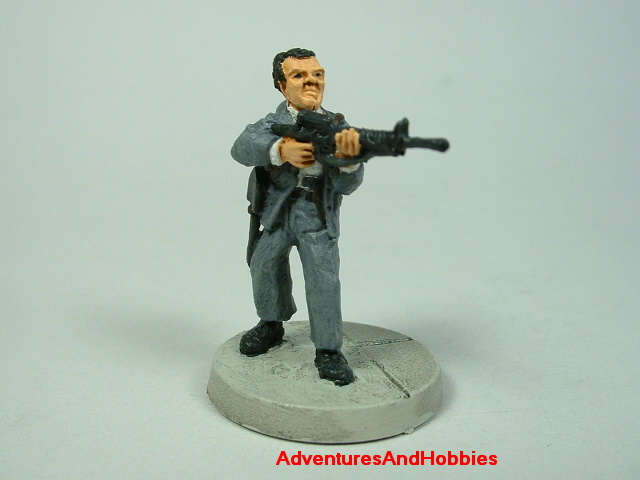 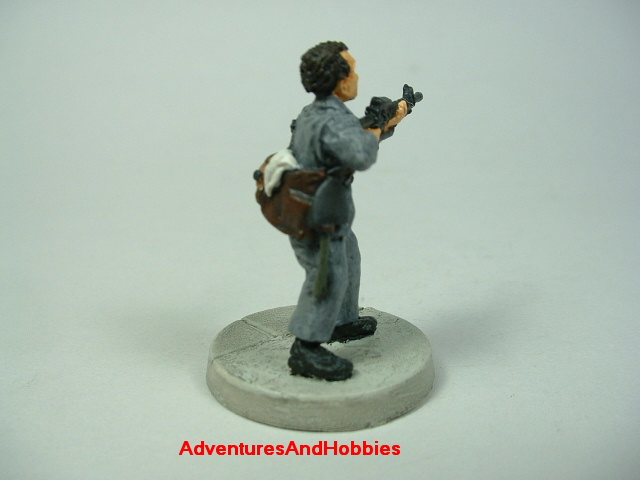 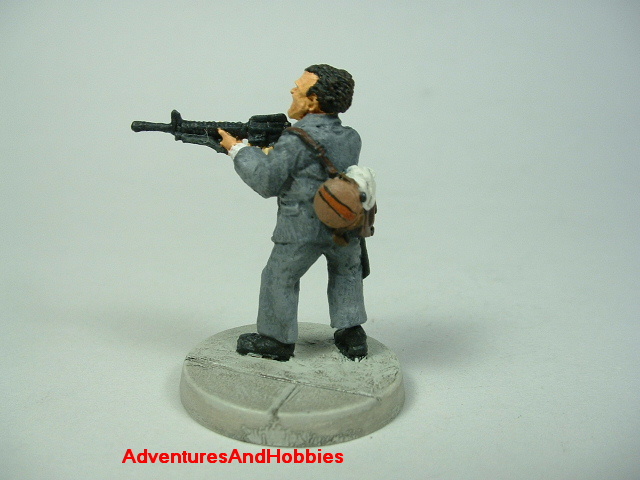 These 25mm scale miniatures offer a different source of survivors struggling in a your post apocalyptic game world, whether it be zombie infestation, alien invaders, or military conflict leading to the breakdown of civilization.