The end of civilization came quickly, creating a post apocalyptic world where death floats on the winds.  Deadly radiation and toxic bio-weapons threatens to make most of the surface unlivable.

This soldier carries a radiation sensor, attempting to map out the boundaries of the rad zones.  He wears a sealed CBRW (Chemical Biological Radiation Warfare) environmental suit to protect himself as he scours the ruins. 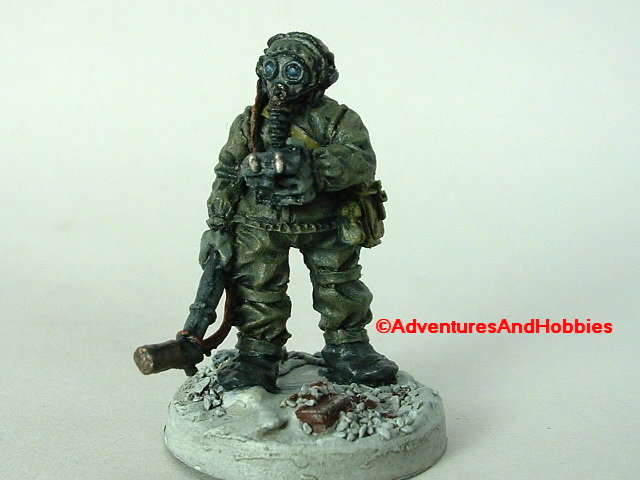 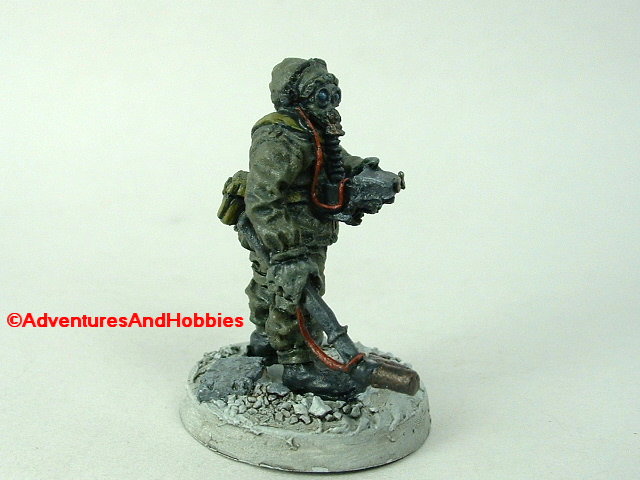 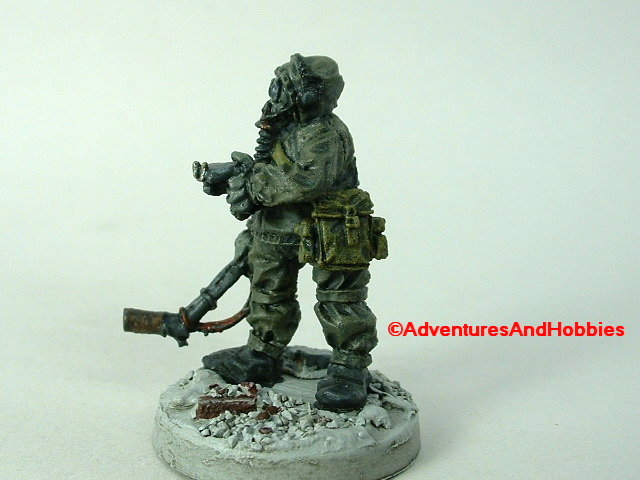 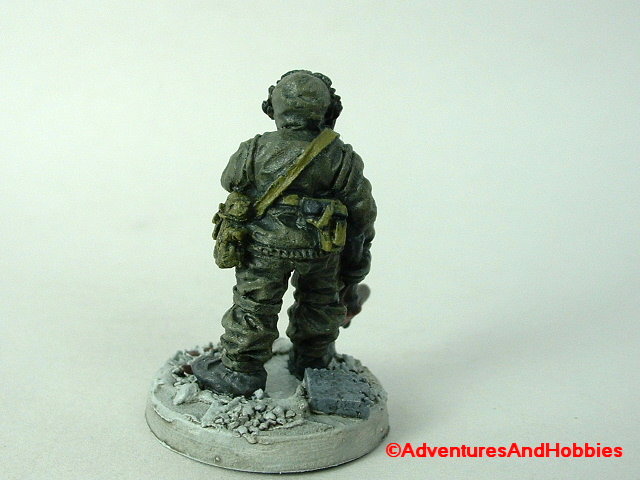 Civilians also have adapted in order to survive in the polluted world.  Respirator masks have become the absolutely top dress accessory.  Without one, life is both painful and short.

This fellow has managed to acquire a double-barreled shotgun for protection against predators (human and otherwise) that prowl the devastation. 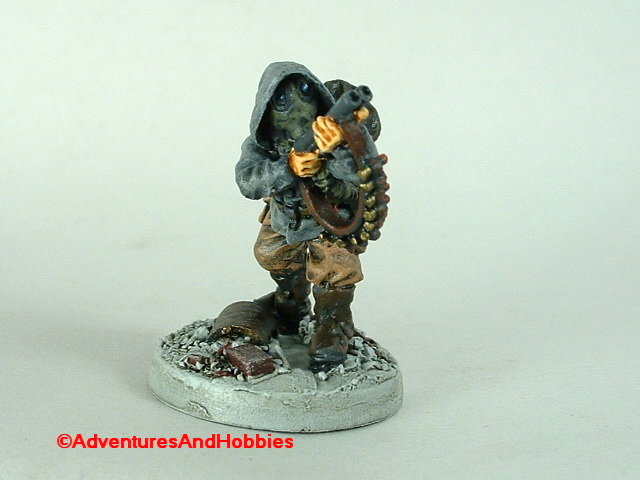 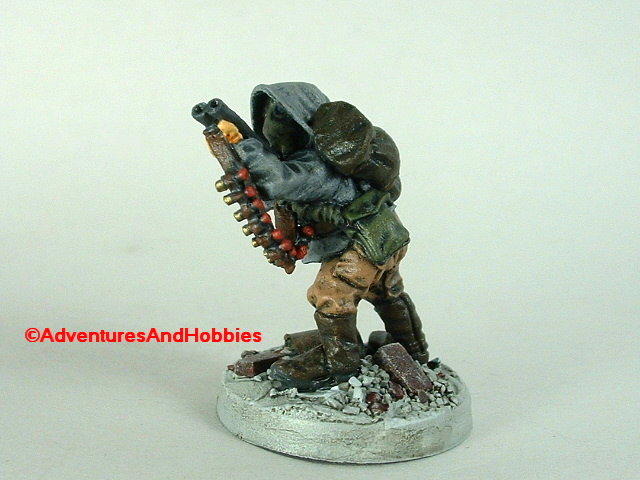 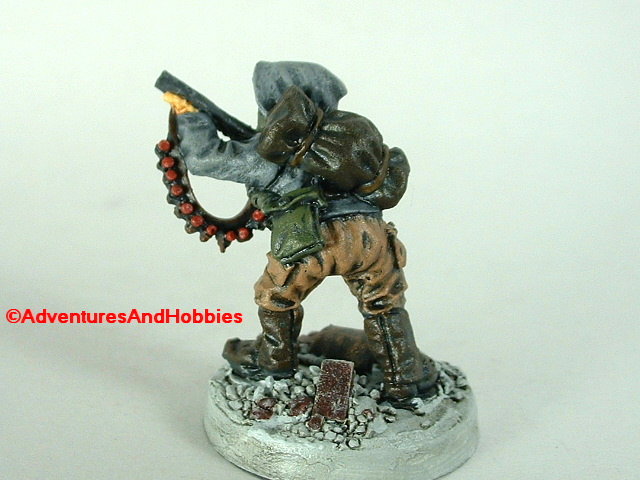 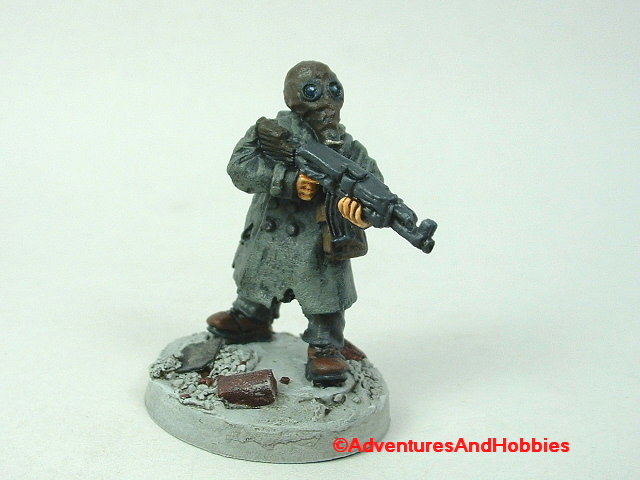 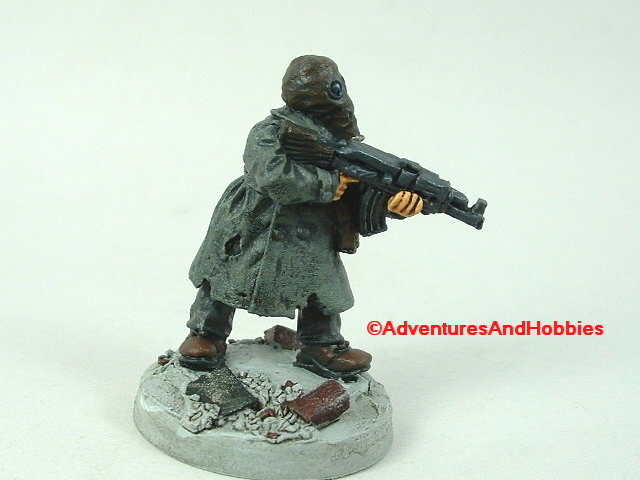 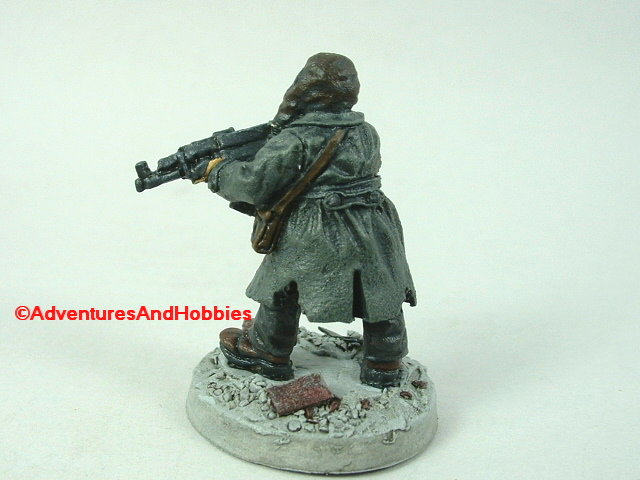 These 25mm-scale game figures can be used in a variety of game worlds including post nuclear war, pollution gone wild, alien invasion, and zombie plagues.